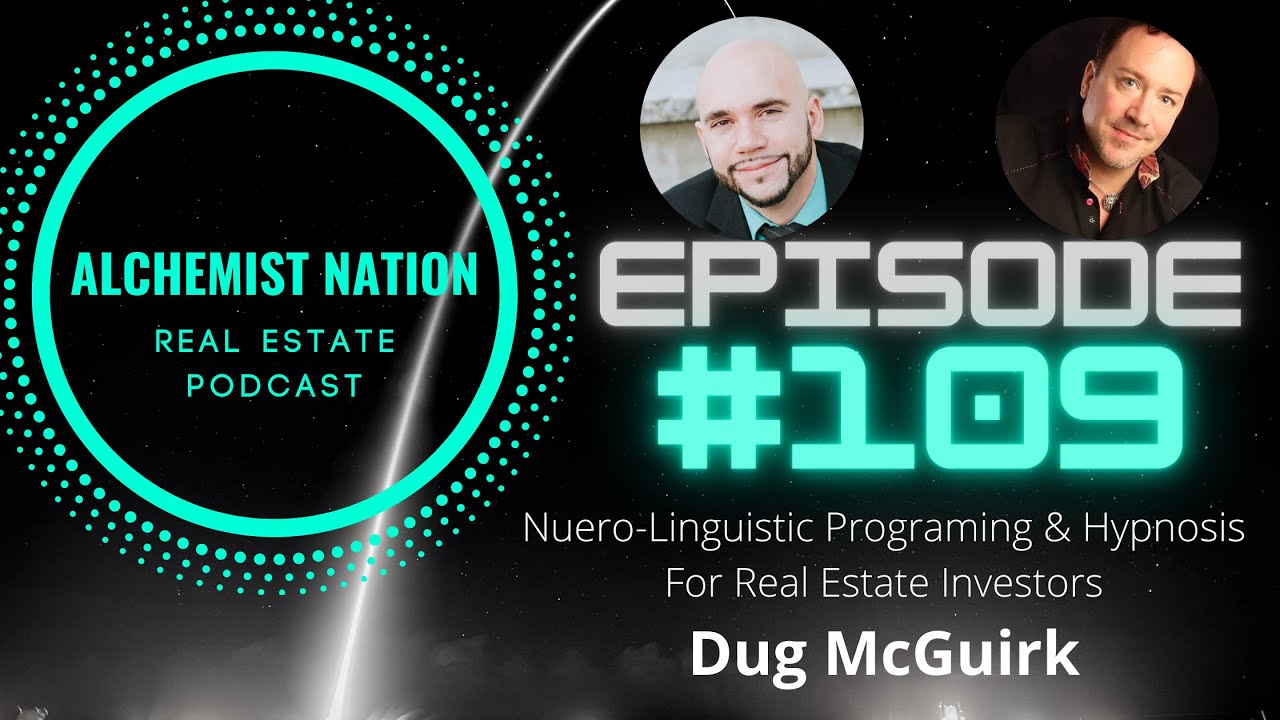 In this episode of the Alchemist Nation Real Estate Podcast, I talk to one of our celebrity coaches of the mentorship who has just written a book Under Construction: Navigating the Detours on the Road to Recovery. I want to know what inspired him to write it. He says that the short story is that he got recruited when he was on the road with his mentor to do the seminar-style of learning, the breakthroughs, the NLP, the Hypnosis to the behavioral health world, dealing with people who struggle with addiction. What he found was when somebody got himself off drugs and alcohol, they still had some of the same challenges they had before and were the same as every other human being. What he noticed was the same things that stopped someone from buying their first property or scaling like going to the next level, moving from one to many, going into syndication, writing a book whatever it was, it was still the same reason why people would use drugs or alcohol. It was fear, it was stress not knowing what to do, where to start, and what he found out that people get addicted to that story they tell as to why they can’t make something happen or get addicted to the states that are preventing them. They get addicted to the states that are preventing them, so they addicted to the depression, to the fear, to the anxiety, and once he was able to crack that nut with their clients. He was like they had to get that information out there because everyone is addicted to something. So we’re all on some form of recovery as it were whether it is an addiction to anger, frustration, depression, or some form of substance or shopping.

Since Dug’s networth is held in real estate, I wanted to know how he got into real estate investing. He says that most people who grew up seeing people of affluence when they do some diligence, you find out that almost all of them have some real estate holdings which one of their main areas of wealth. While he was growing up, his Dad was a banker where he loaned money to big projects where Jack Nicklaus was one of his clients and it wasn’t him loaning the money, he was working at Citibank at the time. So those were the kind of projects his father was doing golf courses, condominiums, so he got exposed to it and there was something attractive to it yet intimidating because he didn’t understand what his father was really doing. This created negative associations to wealth, to abundance, to real estate investing, and so forth which was kind of the experience he got where they weren’t super well off but lived in a nice town like the poor kids in a rich town. This definitely created some interesting dynamics about what real estate was like, what investing was, what money was, and what it meant which he always had at the back of his mind but never knew how to do it, where to start from, and also had negative associations. He is sure that many of my students have that internal conversation or dialogue as to why it won’t work or it is too risky or being in debt. Then he went on the road with Tony Robbins and to him was living in a different area rather than seeing it as an opportunity of having investment properties all over the country and he was like he didn’t have enough time, that he wasn’t there long enough. One day he got to a point where he had to decide to do it because he had taught it in every other area of his life. He spoke to David Dweck, his friend and a mentor too who told him there was a property to check out. When he talked about that investment property with his wife and the wife was like another mortgage and was nervous. So with all that certainty and confidence, they did it with their first property and it worked out great then the next one, and the next one and his wife was like let them do more of those because it was a great strategy and resource to build wealth. It is a long-term wealth strategy and once you scale it well enough it can become your income.

Speaking is sales and stage speaking is the one that has kind of built him to this point and now he teaches people how to speak but before we dive into speaking, I wanted to know what drove Dug into learning neuro-linguistic programming and what is NLP in general. He says that NLP is a philosophy where neuro is how the brain works, linguistic is the language and the words being used, be it body language and programming like the way you program a computer. It is Tony Robbins that exposed him to NLP where NLP just became a real passion of his in hypnotism because he really understood how the system, how the structure of thinking comes into play and utilize the very gifts and resources given to us by our creator.

To learn more about NLP by Dug, visit https://urockspeaking.com