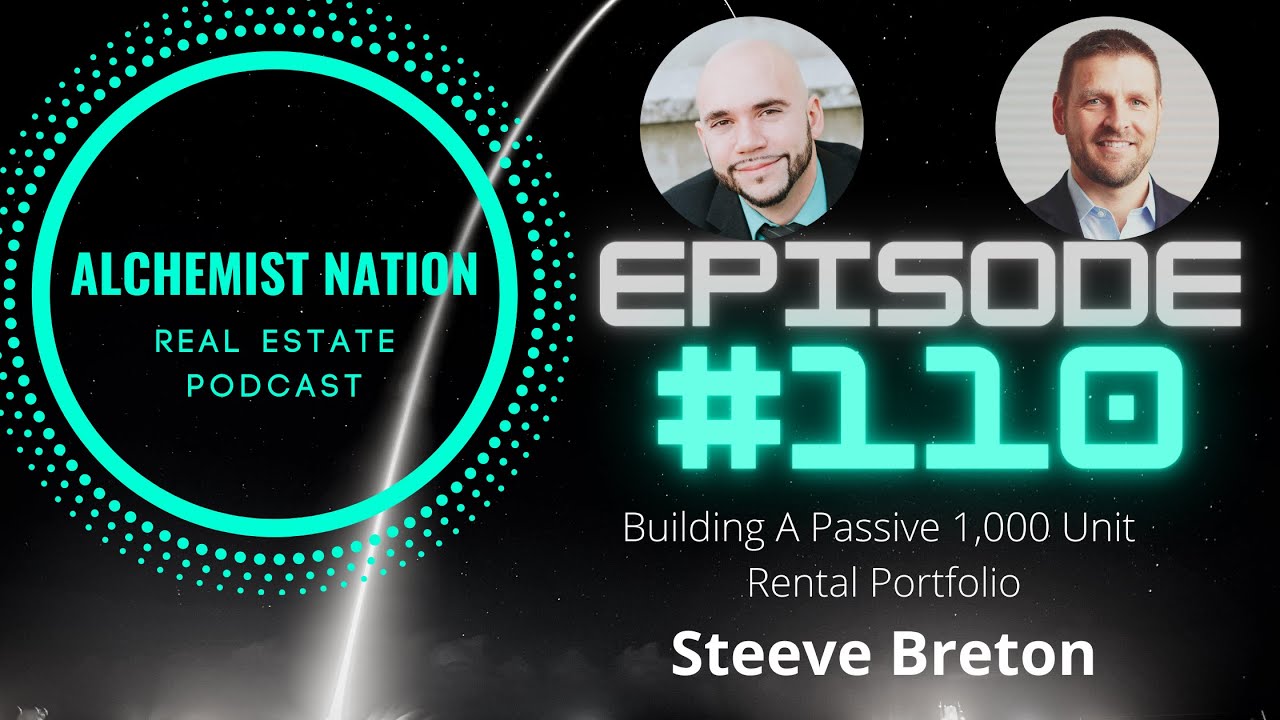 In this episode of the Alchemist Nation Real Estate Podcast, I talk to Steeve Breton who isn’t only a phenomenal real estate investor and syndicator, he’s a close friend to Darina, a coach, and a mentor to her, Before we dive into his syndications and thousands of units that he has acquired and all the big deals that he has been doing because I honestly know that he does some big deals, he is part of the multi-family network in Boston that Darina and Matt Picheny run. We listened to like 105 million dollars worth of real estate that was purchased between him and Matt. Basically, he and Matt made up all that money and little guys like us did 3 million because it is like little stuff/deals surrounded by monster deals. Some of them were 75 units were a small little chip compared to what he had done for the rest of the year. He says that when you syndicate the numbers get big really quickly but always be careful. He always qualifies things or he tries to say that he owns 130 unit property in San Antonio and when he divides all that with their investors, how many units does he really own, it’s like a dozen.

I wanted to know what made Steeve get into real estate in the first place. He says that a quick story is that he was an I.T and Finance guy who had his MBA and was climbing that corporate ladder, working in corporate America for 25 years and while he is 20 years in his company, it was bought out and they had to lay off people. Then he thought that he was going to be laid off and was really stuck and he was wiped out in 2008 as far as his 401K is considered with all that stuff related to the financial crisis. With all those things happening to him, he started to think more, so by 2012 he was buying duplexes, small properties in Boston and he stopped putting his money in the 401K because he wanted to be retired at some point, and he figured out that if he bought a dozen properties over the next 10 years that he could retire on time. In a million years, he never thought that he would retire early, so he started buying locally, then he realized being a landlord when he got to 16,17 units driving into Boston, commuting an hour each way, being a landlord, having his 3 children that he was coaching their soccer and hockey teams. It was too much for him, so he had to stop buying and stabilize in managing the properties he had, and then he started investing in passive syndicated deals. He was able to put all of his savings, all of his additional income plowed all in there and a few years later, he realized that it was far better than the properties he owned and self-managed. It is really hard to make great profits in Boston unless you’re self-managing but having a job, you can’t really do it all. He then started to sell those properties off, putting the money in the syndications, generating enough passive income so that he could leave his job in early 2019.

In 2017, he started a business that basically buys larger properties in the south, Texas, Florida, Georgia where the cash flow is a little bit better, and the reason he did that is a lot of his family and friends wanted to invest with him and at that time, it didn’t make sense to bring them into a duplex or triplex in Boston. He didn’t need their help in those properties, so he wanted to go buy properties where the cash flow was better, more share with his investor friends, and properties were a bit larger. But as soon as he started doing that, he started to freak out because he knew real estate but he didn’t know about taking other people’s investments in and is putting their money to work where he was responsible for that. He realized that you have to have larger properties 50, 100 units for that model to really work well and that’s the reason he went to a coach to make sure he was doing it right, somebody who would look him over the shoulder, giving him the courage and conviction to move forward with larger deals.

Since Steeve has been giving back for so long, I wanted to know what instills the desire in him to give back and mentor people like Darina. He says that he has always been coaching his kids’ soccer and hockey teams to become real adults and be role models for behavior on the field. When his kids went to high school, he had joined real estate and the coach for the mentorship he had joined asked him to coach for them where he wasn’t confident enough because of a couple of deals he had made. So he started mentoring for the group which eventually turned out to mentoring on his own.

Steeve offers 3 pieces of advice to 20-year-old Steeve to get to where he is faster.
1) – Practice gratitude
2) – Visualize what you want on a daily basis
3) – Don’t grow your lifestyle with your income.

To get in touch with Steeve, visit https://velocitycap.com/