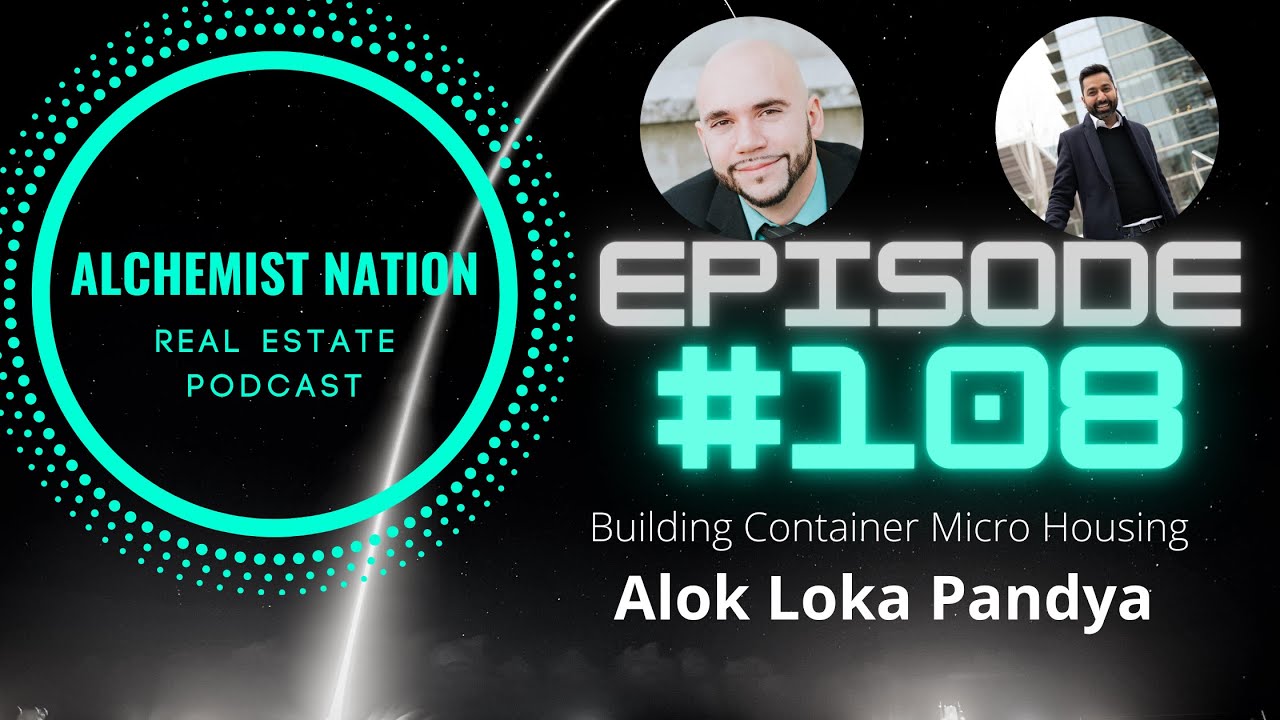 In this episode of the Alchemist Nation Real Estate Podcast, I talk to Alok Loka Pandya who is a container hotel expert. I wanted to know how Alok got into the real estate in the first place even though he had told me earlier that it had been in his family for a long time and I wanted to know what made him decide that he was going to jump into hotels. He says that when you ask any hotelier why they got in the hotel business or if they had planned to get in the hotel business, he thinks that most people hadn’t planned. He is a Gujurati Indian and when they were migrating from India, they started getting jobs and they were like they had to get the money from the job and then pay rent. They were like what is the concept of them not doing that. So they started getting into these small inns, so they started getting into these inns, 7-room inns, 10-room inns, 15-room inns so that their income-producing asset is a place where they can stay at and his family was involved in that for a couple of generations.
As a first-generation American growing up in it wasn’t the funniest to be in where he was cleaning rooms at the age of 5 or 6 years, and he was behind the counter at the age of 8 years, checking people in. It gave him a lot of experience though he didn’t want to do hotels. His family also got in jewelry, so his dad become a jeweler during the 1987/1988 recession hit and he was behind the jewelry counter at the age of like 10, 11, or 12 years and he was like he didn’t want to do it anymore. Fast forward he went to college, ended up changing different majors at college, ended up in finance, and fell in love with finance. His uncle told him that his other uncle wanted to buy a small inn and his uncle was like if he wanted to have a look and his reply was no. As he started getting into the deal, there was one property a small 20 room inn where two brothers who had inherited it, didn’t want it anymore. His uncle who initially wanted it backed out because there was a lot of work to be done. He then offered them half of what they were asking for all of it where they had to bring it down to 35% of the original price which translated to 42% ROI. So he told his brother that let them do it for a couple of years, beef it up, and then flip it. After three months, they realized that they were doing great management and 40% turned to 80% ROI. Once they tweaked everything, they got back their initial investment within 14 months and he was like he wasn’t going to flip the property.

I want to find out what is the shipping container hotel system that he created because he is running hotels, flipping small businesses, and shifting to an asset class that I have never heard of. According to him, everyone knows that he is out of the box and he is always looking for different business ideas. So one of his friends sent him something on a shipping container hotel out and it was in Malaysia. The idea started coming out in 2017, but they got so busy with everything else, and they had to put it on hold, then lo and behold the pandemic came where it has been a tough time for them, slowed everything down because he is always on the go and his hospitality business got hit hard, even some of the small counties that they were in even though hotels were essential businesses were shut down. They literally had nothing to do and he was there looking at the mask business, looking at any other business alternative and then the idea of the shipping container hotel resurfaces. When he started to talk to people about it and showing them because that’s what he does to see people’s excitement factor. Everyone was like it’s cool and others were like they would check it out. So they started building prototypes to see how it goes and now they’re still working on their proof of concept property right now which is coming together slowly but surely in phases with 10 of them.

When we were talking a little bit earlier, he jumped into RV and tested it out during Covid19. He says that he always understanding businesses and anyone looking to get into business, he says that if you’re trying to learn the best businesses to get out there in, connect with accountants and lawyers. Accountants know the numbers of all their clients and businesses out there and lawyers do all the legal work and see all the deals and he has always connected with such people. He has heard of the RV parks for the last 5 years and they are kind of similar to hospitality and he started looking into them.

Loka offers 3 pieces of advice to 20-year-old Loka so as to improve his life and income
1) – Self Development.
2) – Travel a lot more to connect more and see more stuff.
3) – Do more charity work by giving back.

To get in touch with Loka, email: loka.pandya@gmail.com