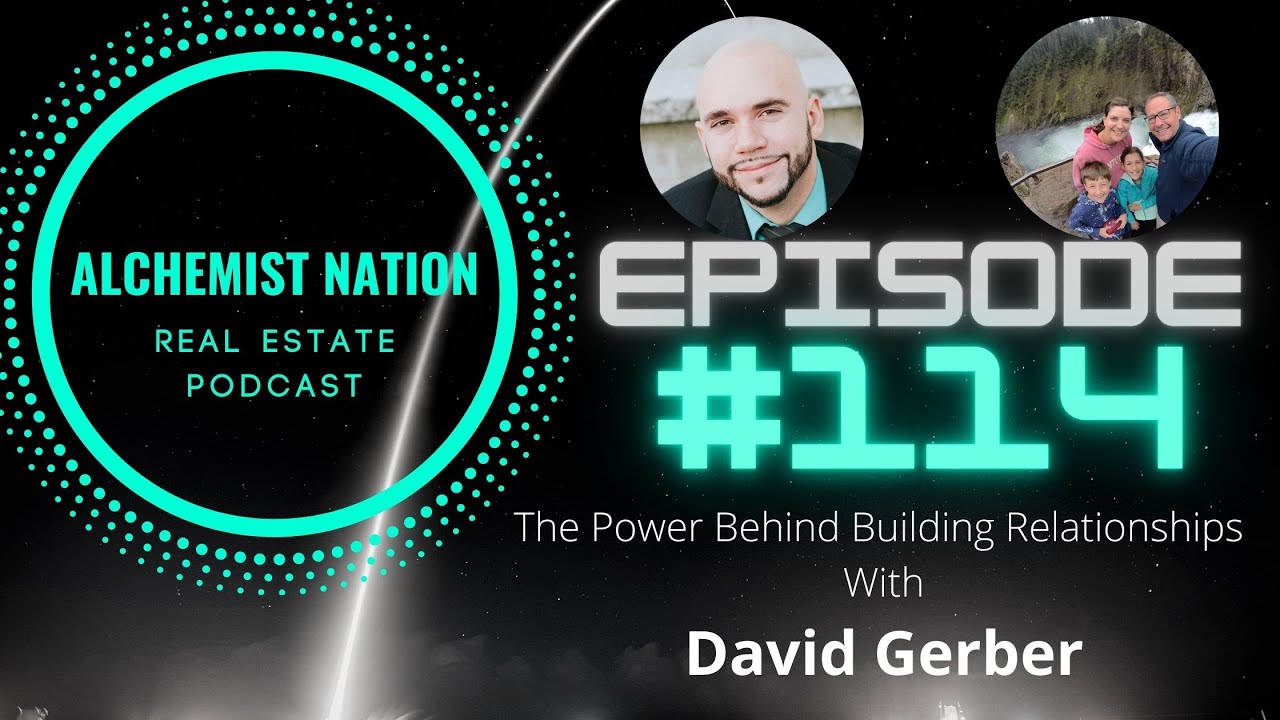 In this episode of the Alchemist Nation Real Estate Podcast, I talk to David Gerber, a syndicator who narrates to me how 2020 has been so difficult for many people which has been brutal physically, economically, and mentally but there is also the other side of the coin where selfishly he has had a lot of time to spend with his family, he has been able to travel less and he has more time to build some relationships. There is the other side of the coin that he is incredibly grateful for with the more people that he speaks to and more of connecting with one another. I wanted to know how 2020 affected his business. He says that his business has benefited in many ways like deepened his connections with his investors because the spring was difficult and scary and that is where people learned a lot about who you’re as an investor, as a partner, and how you’re going to handle adversity. When things are going great, everybody is happy and there isn’t really a whole lot of tests but when things are difficult you learn a lot.

So he learned a lot about his partners specifically on how they were willing to be able to engage with residents, making sure that they were healthy and safe but also from a business perspective when they weren’t able to raise the rent, they found ways to help them and there were a lot of organizations that were helpful though not every case was perfect. They tried to do the right thing in all cases and he thinks that the test taught them about who they wanted to be as operators. As investors, they had to curtail a lot of their distributions and investments and they were worried about their decision but it was prudent of them to do so without exception, and every single investor agreed to their decision.

I ask David how he got into real estate in the first place. He says that he recalls where exactly he was probably like 10 years where he was a portfolio manager at a mutual fund company. It was a tough environment that he loved in many ways and hated in others. He had a brutal CIO who was his boss at the time that had a big ego. He was given a promotion and he had a big portfolio to buy and sell stocks based on his performance and for his investors which he took so seriously. He took a trip to New York and when he came back his boss didn’t say anything about the trades but two days later he discovered that he had made two trades on his portfolio because he disagreed with some of the things he was doing. He was pissed, stormed into his office and his boss was like if he didn’t like it then he would have to leave. He wasn’t angry because of his boss’ trades but he was pissed because he didn’t want to be owned by anybody. He went back, did whatever he needed to do to get back in his good graces, and from there, he knew that he needed to find a way to have some independent income which really fueled the effort to get into real estate and now he is an investor for 25 years after being in a wrong asset class which was stocks.

I further ask David what he sees happening in 2021 as an investor who is buying hundreds of units a year. He says that he would point to one example that changed the way he thought about his business where for him he has always looked at the growing markets and with Covid19, these markets have even become more attractive. An example of such a market is North Carolina where he has been spending a ton of time and it has been one of the fastest-growing states for the last 20 years and the markets within North Carolina are growing in population and rent because of the Covid19 effects have reallocated resources from building big apartment buildings, Big office and residential towers in cities to suburbs or into single-family house rentals. He says that uncertainty is helpful because it reduces the potential oversupply.

David offers 3 pieces of advice to a 20-year-old self on how to improve his business, improve the speed at which he builds his wealth, and the quality of relationships.

1) – Read for quality versus quantity and take notes.
2) – Think first about what you can do for somebody else.
3) – Living within your means and continue to invest.

To get in touch with David, email david@coveinvestments.com/