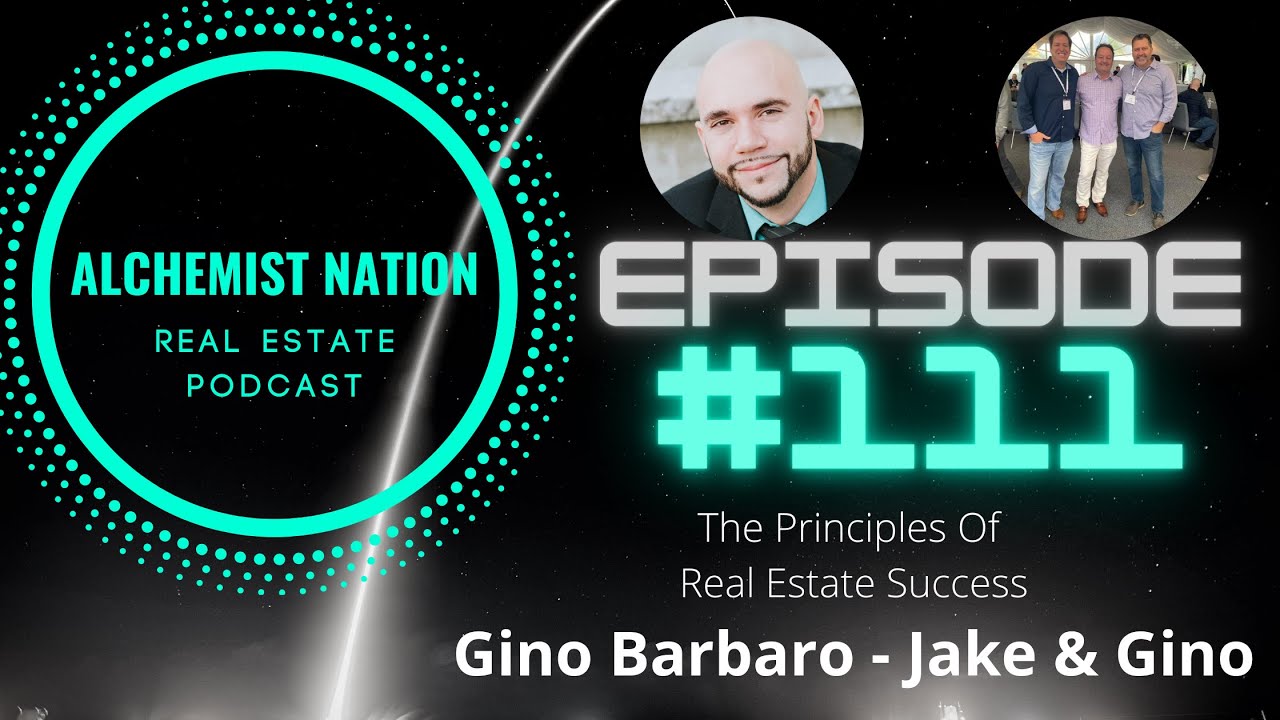 In this episode of the Alchemist Nation Real Estate Podcast, I take to Gino Barbaro, one of the best multifamily investors in the country. He says that when you start a podcast, you’re always thinking about monetizing, and just like anything in life, there are so many ancillary benefits to everything you do. You get into multi-family because of cash flow but there are so many different benefits, you don’t know what and when to start but when you start, just start. Once you start, it is like cash flow. appreciation, tax benefits, principal pay down, cycle resiliency, hedge against resilience, economies of scale, becoming a multifamily entrepreneur, it goes on and on. When he first started out, he wanted to buy and hold forever which was his mantra and he didn’t start out like Rod Khleif or other investors. He and Jake were knowledgeable enough and they were buying properties by themselves, they didn’t have syndication as a model, as a tool. They used owner financing, they started out with a little bit of capital and from there, they bought their first deal, did really very well, refinanced it, bought the next one, and the next one and a few years later, they have a 1000 units and they are able to refinance 11 million dollars from their portfolio and they started syndication. So everybody out there, don’t look at multifamily as a pie in the sky thing because we all need to start from somewhere and multifamily to him is a team sport. That is one thing he loves about it whether you’re great at underwriting or great a raising capital, or great at creating a business, or putting business systems together or running day to day, whatever that looks like, that’s what multifamily is all about. Don’t get into real estate for land-lording, get into it to create a business.

I ask Gino what is a good way to help somebody to get past that scarcity mindset and move into a mindset of abundance. Gino says that the first thing is to assess your life. He would actually google life coaching and really you have to work on yourself more than anything else. He says that he had that mindset a couple of years ago and he was surrounded by people that said to him that he couldn’t take any risks, he had to stay small, watched his words. He recalls reading Killing Sacred Cows: Overcoming the Financial Myths that are Destroying Your Prosperity by Garrett B. Gunderson and Stephen Palmer back in 2008 which didn’t resonate with him at the time and couple of years later after reading it again, it talks about abundance mindset vs scarcity mindset where the system is set up with 401Ks and they taught to save their money until l they retire and then by the time they retire, they have a scarcity mindset where they’re afraid of their money running out. So he recommends one to surround him/herself with people of abundance.

When we talk about the future, I know he thinks about this every day because he is a long-term investor, he is looking at the future, and obviously, he is about the numbers where he has invested that in downtimes, he had invested through ups and booms. So he isn’t a speculative investor, but if he was to speculate, I wanted to know where does he see the future, what is he preparing for, how is he preparing his students, and letting people know that this is what he sees happening. He says that the first thing everyone should do is to listen to our podcast with Chris Porter who wrote the book Big Shifts Ahead. One should understand what is going on with demographics, COVID19 accelerated a bunch of trends. He thinks that the South East is going to be a great area to invest in going long-term, they have investors from New York constantly calling to buy deals from the South East. Gino advises investors to look where the flow of money is going. Bitcoin has been crazy the previous week cause we have a zero percent interest environment. Money needs to find a yield and the stock market is overbought where he has been saying it for the last 3 years, so he has been wrong on that and to him, it is the biggest Ponzi scheme on the planet. He thinks the multifamily structurally going long term is a viable asset because people need a place to live, have food, clothing. He loves multifamily going forward but whatever everybody needs to understand is that one thing hasn’t changed which is running a business and having business skills.

Gino offers 3 pieces of advice to 20-year-old Gino on how to move forward in a powerful manner.
1) – Don’t work for the money, work for the skill.
2) – Learn how to sell.
3) – Invest in yourself